Uncharted Profits Daily
Thank you for subscribing, please check your email for access
Home Stocks to Watch The Calculator Stock That Got "Stopped"

Rising infections in mainland China have many major cities under partial (and supposedly temporary) lockdown.

Three individuals – between the ages of 87 and 91, all with pre-existing conditions – died in Beijing over the weekend.

The city is now experiencing several hundred new cases per day. Temporary restrictions were put in place, closing gyms, some supermarkets, and a shopping mall. Local restaurants switched to takeout-only.

In parts of Beijing, however, lockdown measures are far stricter. Some residents are not allowed to leave their apartment buildings while schools have moved to online classes.

And in China’s southern province of Guangdong, cases are climbing even faster. The province reported nearly 1,000 symptomatic infections and 8,000 without symptoms. The province’s capital city of Guanzhou was one of the hardest hit by the latest wave of new infections.

In total, mainland China reported over 26,000 new Covid infections on Sunday. Rising case totals threaten to throw China back into total lockdown, reminiscent of the country’s draconian measures implemented in 2020.

“That puts a dent in the global economic recovery story that we were hoping would be ushered in with a reopen in China,” explained B. Riley Financial strategist Art Hogan. 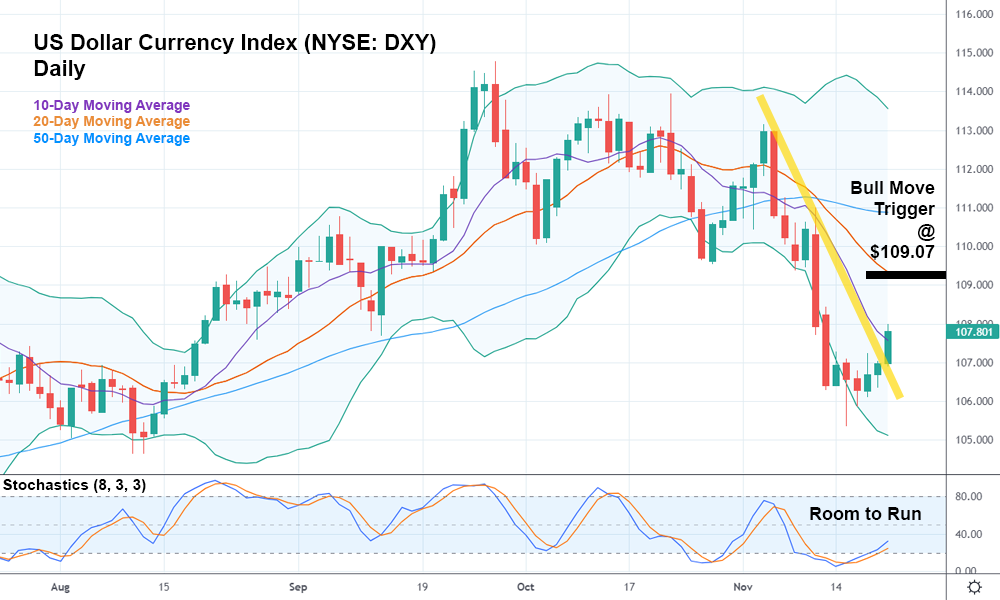 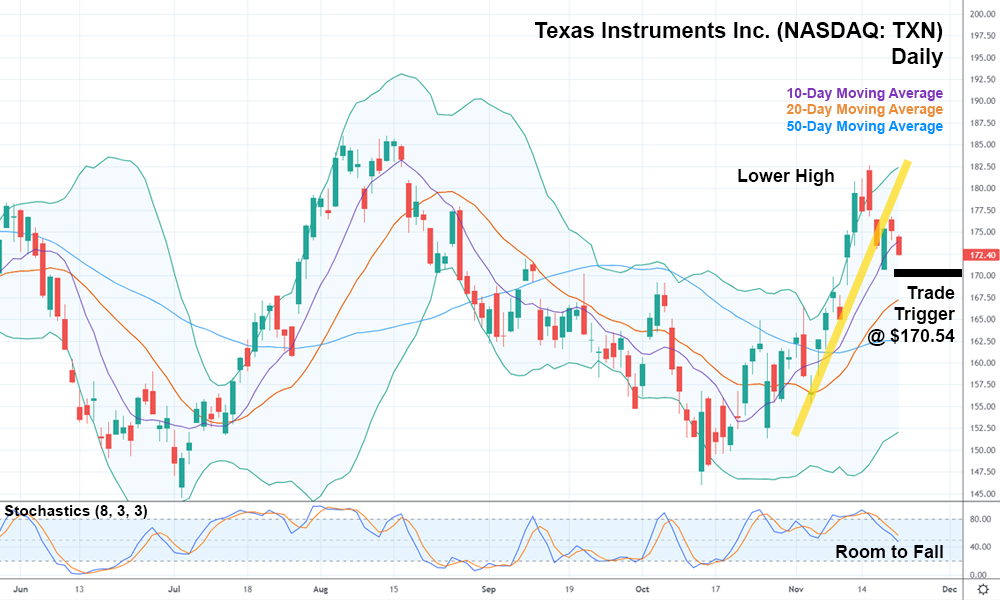 That’s why Texas Instruments (NASDAQ: TXN) is in a tough spot after closing below the 10-day moving average and its minor bullish trend (yellow trendline). TXN also set a lower high relative to the early August highs.

The stochastic indicator suggests TXN has plenty of room to fall, too.

For those reasons, it might make sense to take a bearish position on TXN with a trade trigger of $170.54, below today’s low, as the general market watches for China’s next move.