“The policy rate is not yet in a zone that may be considered sufficiently restrictive,” Bullard said.

“The change in the monetary policy stance appears to have had only limited effects on observed inflation, but market pricing suggests disinflation is expected in 2023.” 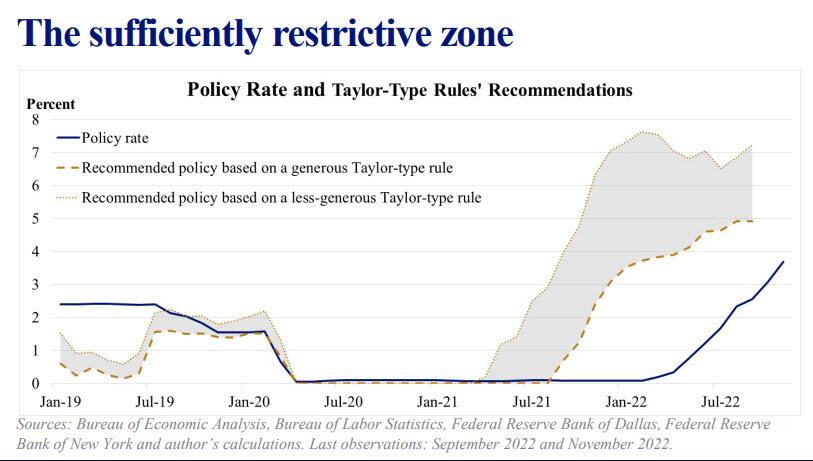 “I’m looking at a labor market that is so tight, I don’t know how you continue to bring this level of inflation down without having some real slowing, and maybe we even have contraction in the economy to get there,” George said.

Many analysts agree that a recession is looming, including UBS Global Wealth Management CIO Mark Haefele, who dashed hopes for a bull market in a recent note.

“We continue to believe that the macroeconomic preconditions for a sustainable rally—that interest rate cuts and a trough in growth and corporate earnings are on the horizon—are not yet in place.”

That narrative was reinforced this morning by Bullard’s speech, which translated to a yield and dollar surge. The 10-year Treasury yield advanced to 3.76%, up from 3.69% yesterday, as the US Dollar Index (DXY) climbed 0.60%.

A sinking dollar and falling yields contributed greatly to the market’s recent rally. Yields especially need to remain suppressed if stocks are going to continue their short-term uptrend.

It all depends on whether Fed officials continue to make hawkish statements (hint: they probably will) in response to soft economic data. The most important coming release is the November jobs report, due out December 2nd. A weak print there would do wonders for bulls.

And, given the recent string of major firings among America’s top corporations, it’s probably going to be a rough report. Stocks should rally in response with a rate hike looming on December 14th.

But if Fed officials slap the market with another series of hawkish interviews, stocks could easily retrace in a hurry. That’s what transpired over the last week following a far cooler-than-expected CPI release.

History doesn’t necessarily repeat itself, but it often rhymes. Investors should be prepared for additional volatility heading into December as a result. 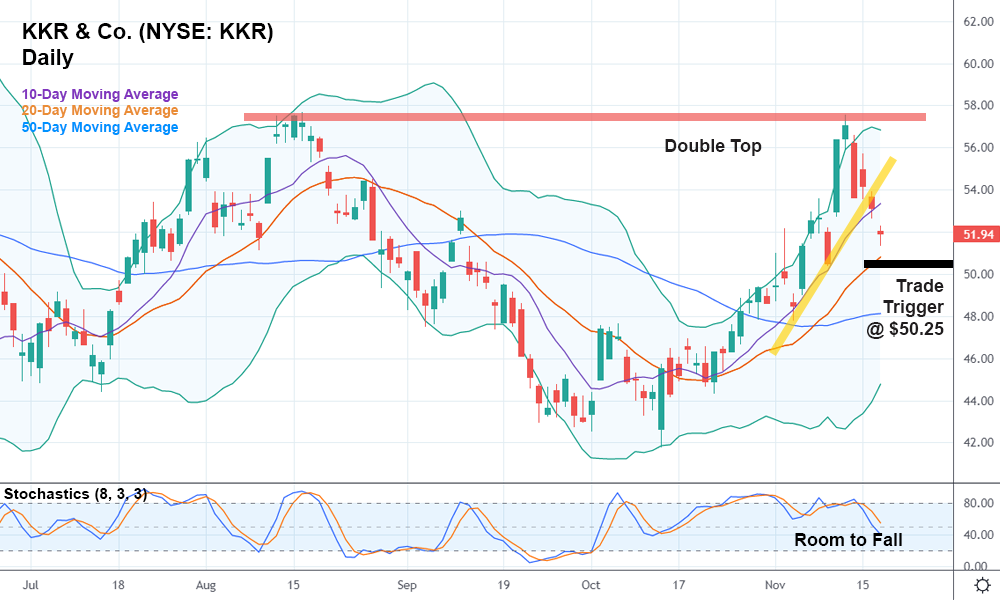 To that end, KKR just gave us a bearish setup today after failing to rally above resistance (red line), setting a double top. The stock then closed below its bullish trend (yellow trendline) yesterday and the 10-day moving average this afternoon.

The stochastic indicator suggests it has room to fall, too.

For those reasons, it might make sense to take a bearish trade on KKR with a trade trigger of $50.25, below today’s low, as the general market attempts to regroup.