Uncharted Profits Daily
Thank you for subscribing, please check your email for access
Home Stocks to Watch Mastercard (MA) Getting a "Reality Check"

Mastercard (MA) Getting a “Reality Check”

Stocks fell again today with the October jobs report looming. The Dow, S&P, and Nasdaq Composite all closed lower, brought down by rising yields. Tech endured the largest losses on the day.

“The post-Fed hangover continues to keep pressure on U.S. stocks as the impact from the first round of hikes is finally being felt,” explained Oanda analyst Ed Moya.

“Stocks aren’t going to have a painful death here, but they will soften until markets price in a little more Fed hawkishness.”

Powell’s refusal to pivot has bulls punching air once again. And, with the October jobs report due out tomorrow morning, there’s potential for even more bad news.

In this case, though, bad news would ultimately be good for bulls. They still want to see a poor monthly jobs gain so as to push Powell off his hawkish path. A strong beat would undoubtedly crush stocks. Bulls would see it as confirmation that Powell has no reason to reduce the size of the December rate hike. 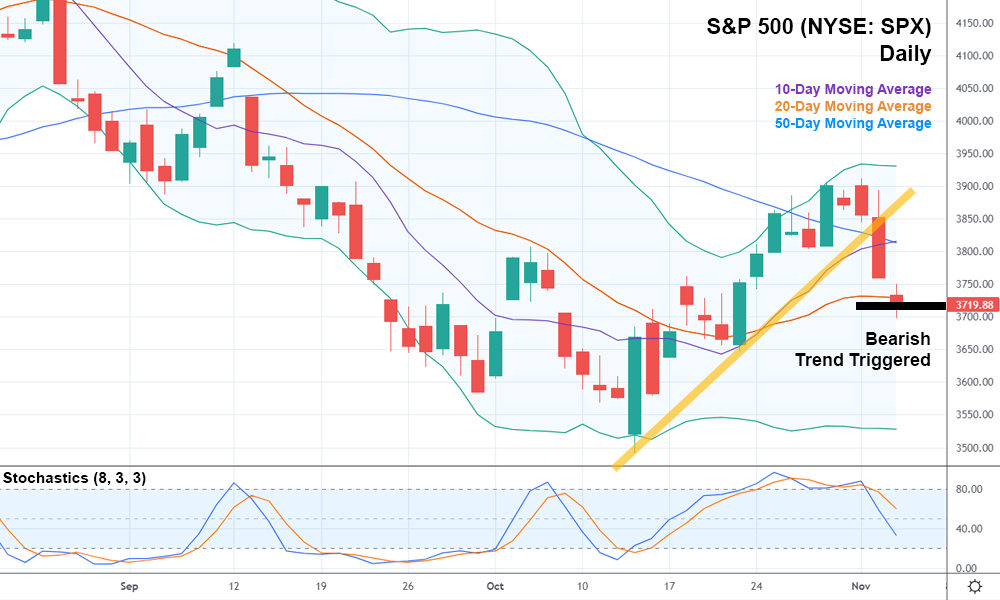 On a technical level, the S&P has now triggered a short-term bearish trend by taking out yesterday’s low. The index also closed below the 20-day moving average today, signaling that a more moderate-term downtrend may be on its way.

It should also be noted that the S&P is already trading below the 50-day moving average, which it crossed as part of September’s big move lower.

With all three indexes out of the way, it’s highly likely that the index tests support at the October lows. Given that the trend this year is lower lows, the S&P may plunge beneath support again. 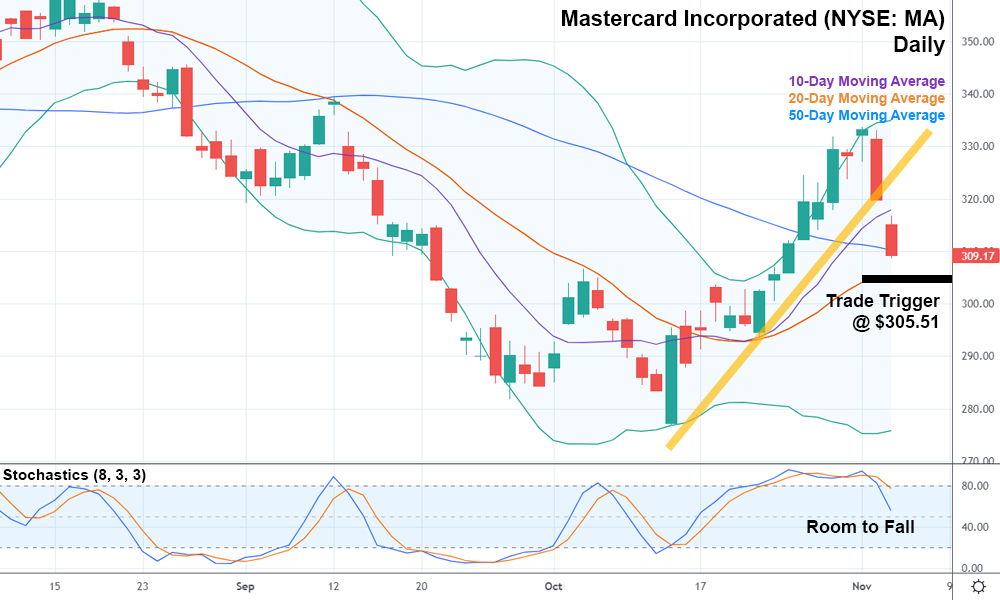 And that could skewer some of the market’s recent overachievers. Mastercard Incorporated (NYSE: MA) soared off its October low before getting rocked over the last two trading sessions.

The stochastic indicator suggests the stock has plenty of room to fall, too.

For those reasons, it might make sense to take a bearish position on MA with a trade trigger of $305.51, below today’s low, as the general market approaches key support once more.