Stocks rocketed higher today as the market short-squeezed into the stratosphere. The Dow, S&P, and Nasdaq Composite all enjoyed massive gains after cooler-than-expected inflation data was released.

The October CPI came out this morning, revealing that prices did not rise as much as anticipated last month.

“Given the current level of inflation, its broad-based nature, and its persistence, I believe monetary policy will need to become more restrictive and remain restrictive for a while in order to put inflation on a sustainable downward path to 2%,” Mester said.

“This morning’s October CPI report also suggests some easing in overall and core inflation,” but there continue to be “some upside risks to the inflation forecast.”

Rate hike odds shifted dramatically after the CPI came out this morning despite Mester’s comments. The market is now pricing in a near 0% chance of a 75 basis point hike in December, favoring a 50 basis point hike by comparison. 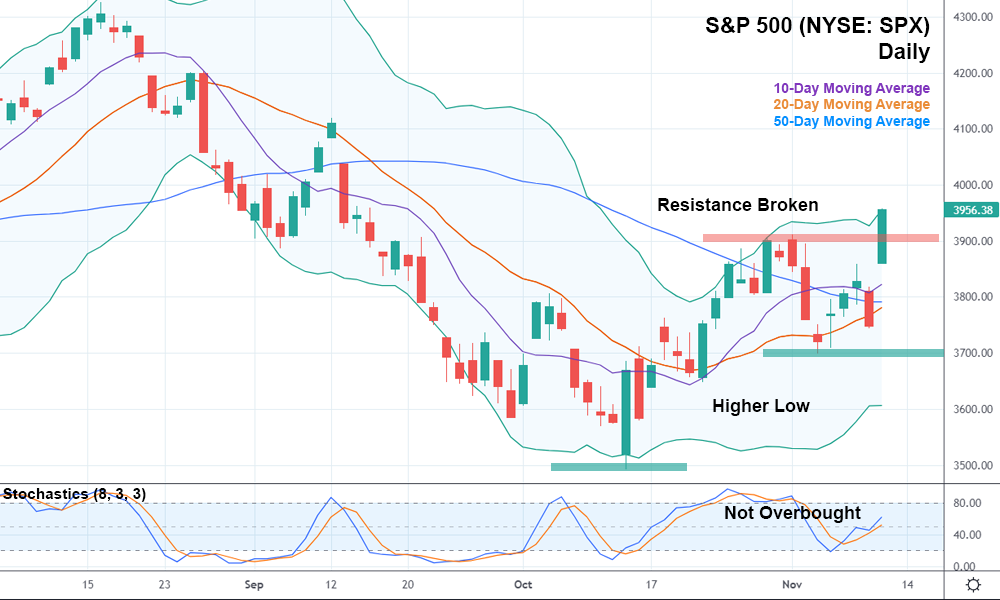 The S&P rallied fiercely, setting a higher low while bursting through resistance. That was huge for bulls, but even better is that the stochastic indicator is showing that the index is not yet overbought. We’re above the upper Bollinger Band (BB) now, though, so be wary of reversals. A daily candlestick close below the upper BB could very well precede a sharp reversal. 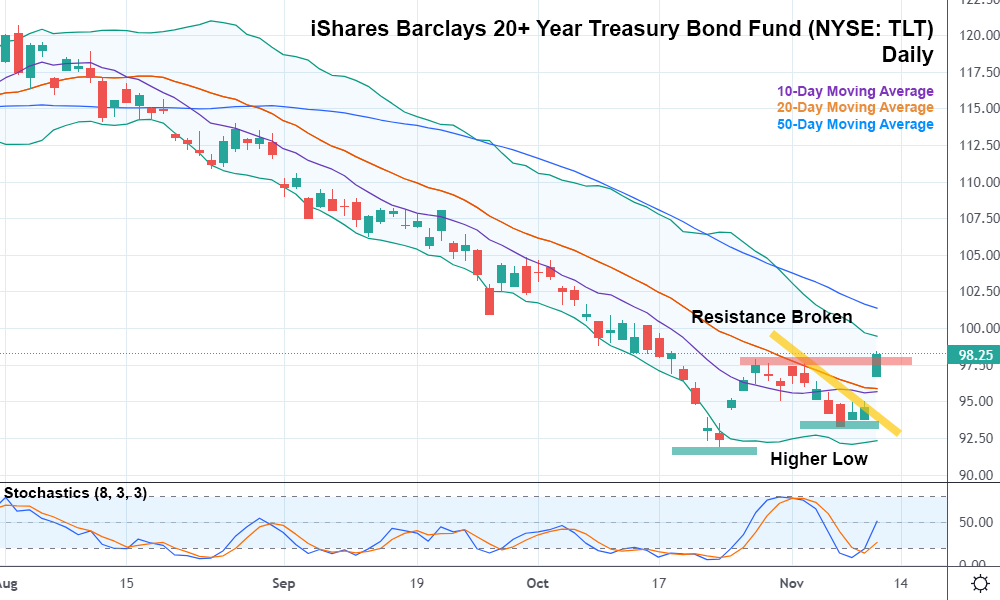 But with bonds rallying (and yields plunging), there’s reason to believe that this equity rally might have legs. TLT set a higher low finally after months of brutal selling before breaking through resistance. TLT also broke its minor bearish trend (yellow trendline), and the stochastic indicator suggests it could go higher.

“With today’s CPI number coming down, the market is now betting pretty clearly that they think the interest rate [rises] are coming close to an end. So, you see those interest rate-sensitive stocks doing really, really well.” 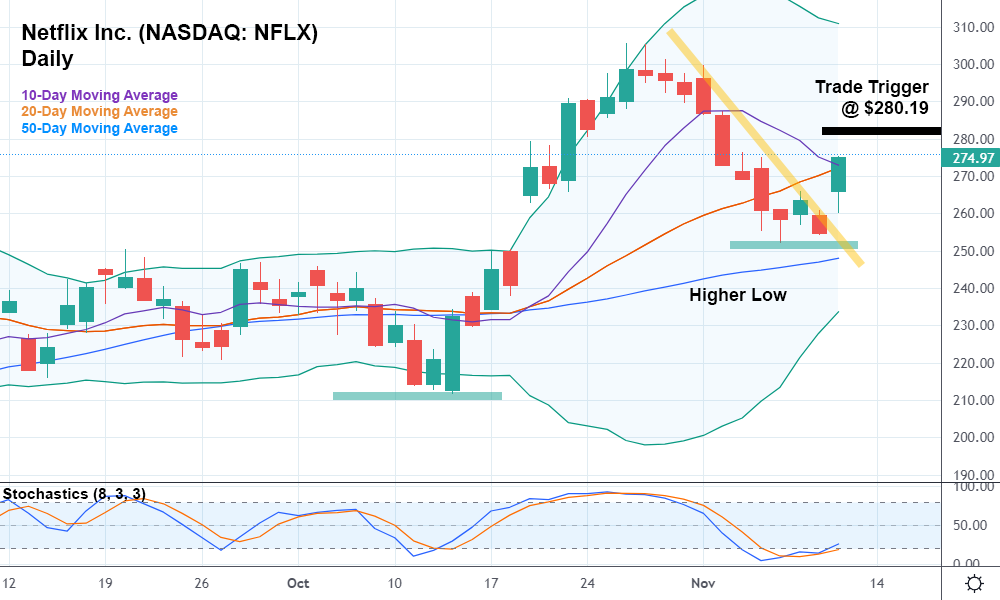 One of those stocks is Netflix (NASDAQ: NFLX), which closed above the 10-day moving average today, setting a higher low relative to the low of mid-October. The stock also broke its minor bearish trend (yellow trendline) and the stochastic indicator suggests that it has plenty of room to run.

For those reasons, it might make sense to take a bullish position on NFLX with a trade trigger of $280.19, above today’s high, as the general market looks to build on today’s enormous gain.