Yields fell too, however, limiting the damage. The 10-year yield closed at 3.93%, well below the 4.00% threshold. Optimism over a continued bond rally could buoy shares to close out the week despite poor earnings.

Q3’s GDP growth came in today as well, showing that the US economy grew by 2.6% in Q3, beating the 2.4% estimate. It was a bit of a hollow “beat,” though, considering that 2.77% of the GDP growth last quarter was driven entirely by exports, the majority of which were oil, gas, and weapons to Europe. Oil and gas exports hit an all-time high due to major withdrawals from the strategic petroleum reserve.

Without exports, GDP growth would have been -0.17% in Q3. Stocks didn’t react much to the data as a result, even though a number of analysts were overjoyed by the report. The Financial Times went so far as to say that Q3’s growth “ends a debate that raged over the summer as to whether the US economy was already in a recession.”

It seems like the Financial Times analysts are assuming this surge in exports will be permanent. In reality, this is probably just a temporary spike higher. Things should return to normal in Q4 and beyond.

But the big story today was the Meta-driven tech selloff. EPS fell well short of expectations ($1.64 reported vs. $1.87 expected) due to an increase in spending. This caused the company’s cash flow to drop to only $173 million, down from $12.6 billion four quarters ago.

Disgruntled shareholders asked CEO Mark Zuckerberg why the company was spending so much money on experimental bets (like the metaverse) vs. proven sources of revenue. Zuckerberg said those that remain patient would be rewarded. 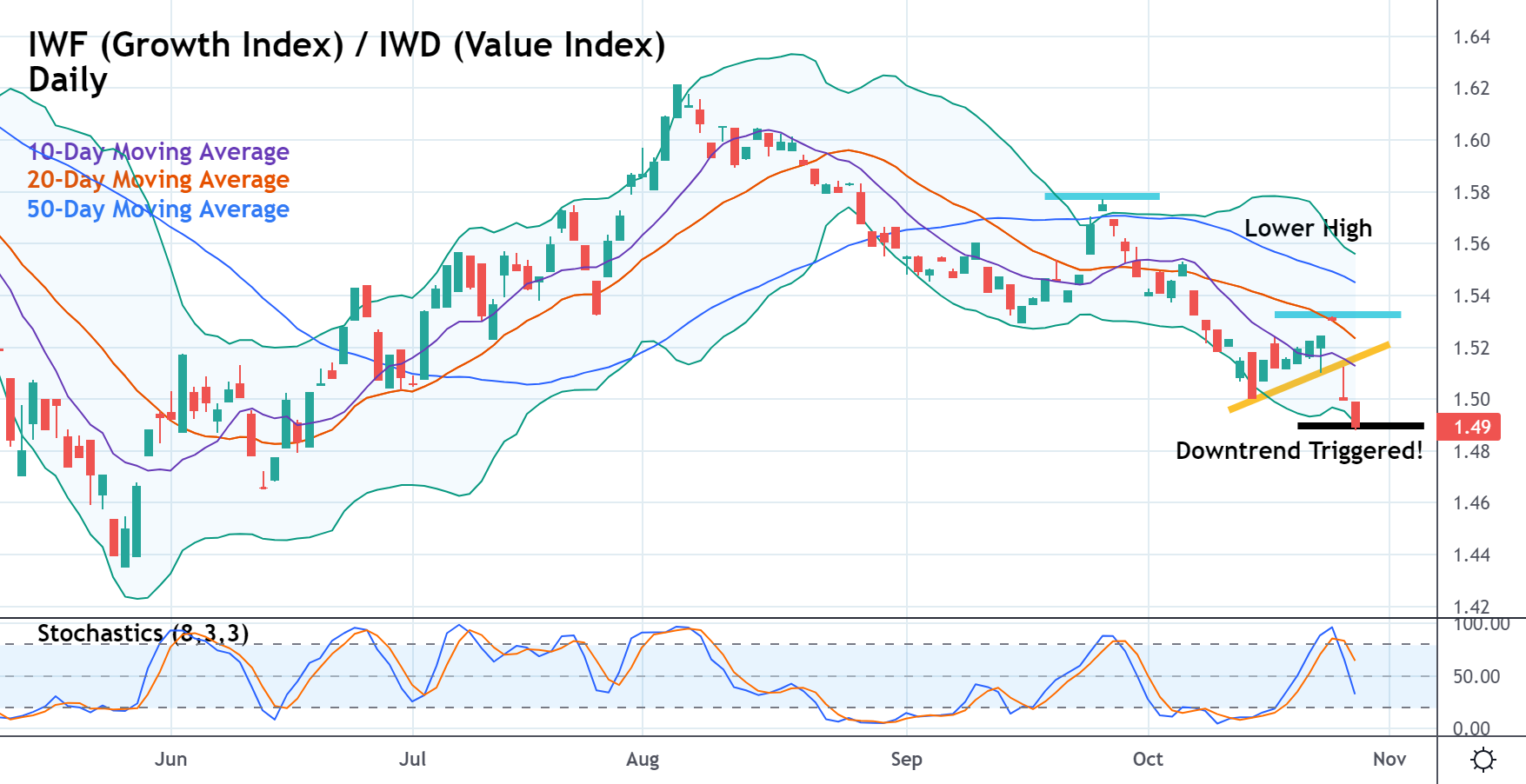 The stochastic indicator also suggests the IWF / IWD has further to fall. That means tech may have another few weeks of losses ahead, or, at the very least, a few weeks of underperformance in comparison to value stocks.

After we’re clear of Big Tech earnings, be on the lookout for bearish opportunities. Or, ignore tech completely and focus on value names that look ready to swing higher. 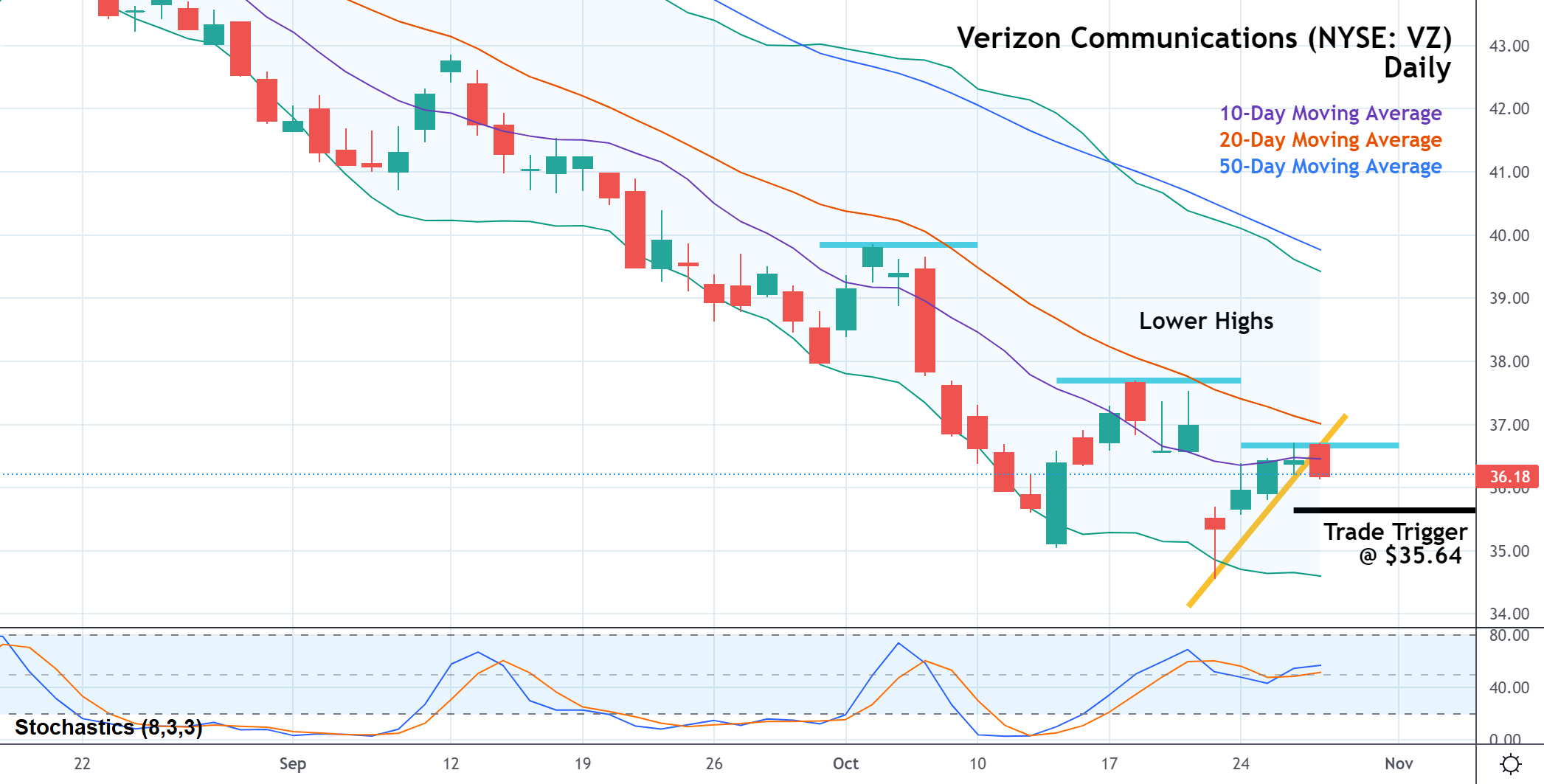 For Verizon (NYSE: VZ), however, no upswing is in sight. The stock failed to rally over the last handful of trading sessions before setting a lower high. VZ broke out beneath its minor bullish trend (yellow trendline) today as well while closing below the 10-day moving average.

This is a setup that VZ has given bears time and time again in recent months. The stock doesn’t report earnings next until January, either, giving bears plenty of time to work with if it heads lower again.

For those reasons, it might make sense to take a bearish position on VZ with a trade trigger of $35.64, below today’s low, as the general market digests another major earnings “miss,” this time from Amazon (NASDAQ: AMZN).