Stocks erupted for major gains this morning following the release of better-than-expected inflation data. Last week, a cool Consumer Price Index (CPI) spiked the market higher. Today, the Producer Price Index (PPI) had a similar effect prior to a mid-day dip in response to an accidental missile strike at the Polish border.

“Core PPI and the core PCE deflator follow very similar tracks, though the surge in rents this year has driven an unusually large wedge between them,” wrote Ian Shepherdson, Chief Economist at Pantheon Macroeconomics.

“But the pace of rent increases has peaked, and our chart suggests that the steep drop we expect to see in core PPI inflation will drag down the core PCE measure faster than markets and the Fed expect.”

Shepherdson’s probably right, and if the market can continue to rise, it may very well stage another major rally heading into December. 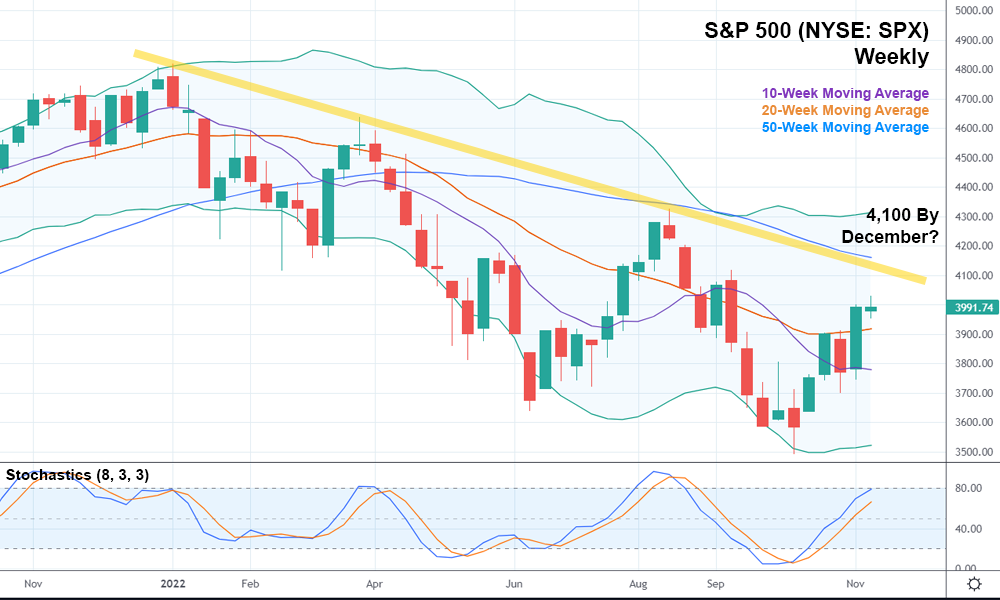 Connecting the standout highs of this year’s bear market suggests that the S&P will top out around 4,100 by December. A breakout past this point would signal a major momentum shift and a potential end to the bear market until a bearish continuation emerges next year.

For now, though, the short-term trend remains up. Traders may want to target 4,100 as a potential exit point as a result. 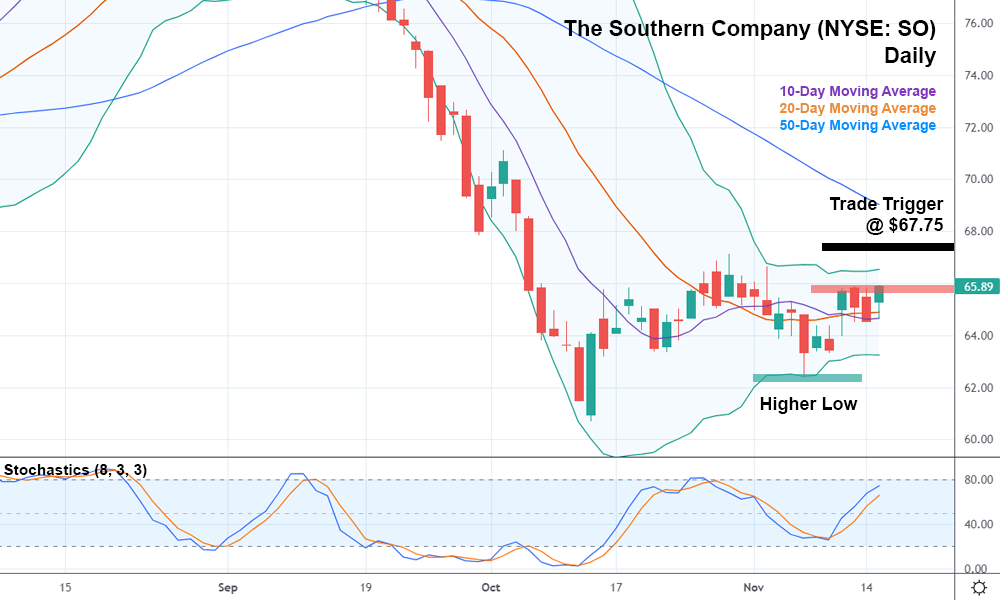 The Southern Company (NYSE: SO), meanwhile, is approaching a bull setup of its own. SO closed above the 10 and 20-day moving averages today after setting a higher low last week. The stochastic indicator suggests there’s room to run, too, as the stock is not yet overbought.

Should SO take out resistance (red line), it might make sense to take a bullish position on the stock with a trade trigger of $67.75, above today’s high, as the general market inches closer to 4,100.